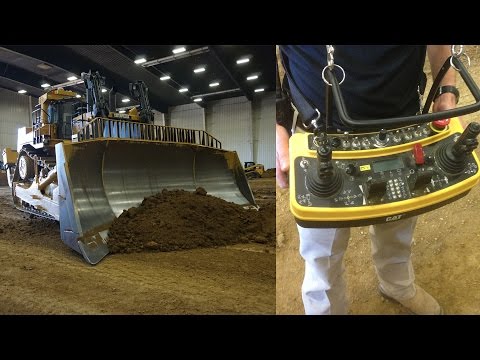 What you're looking at here is Caterpillar's massive D11T bulldozer being operated using a remote control joystick.
It outputs over 900 horsepower, and has an operating weight of over 120 tons. Top speed is just 7.3mph going forward and 8.7mph in reverse, but who cares It's a freaking bulldozer that works with remote joysticks.
It's like the world's greatest remote-controlled toy - except it's actually designed for moving huge piles of earth in locations too dangerous for human operators.

Position control is a system whereby the position of a fully mounted implement (sprayer or fertilizer distributor, whose weight is completely supported by the tractor) is automatically maintained in a constant position (e.g. operating height over the ground) despite leakages in the hydraulic system tending to lower the position of the implement.

Behind the Screen of Mechanic , I Like This Guys

What is this soil type??

Road Grader out of Plywood