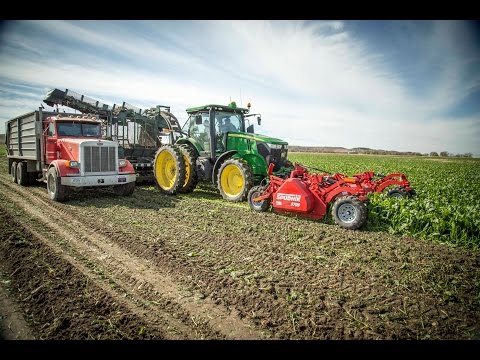 There is a long history of agricultural mechanization that has been human and animal powered rather than engine powered. The difference in scale is quite staggering and is a measure of the economic gulf between the rich and the poor on this planet. For example, an average horse plowing the soil at an average rate will perform work at a rate of one horsepower (hp). In contrast, a 100 hp (75 kW) tractor could work (e.g. plowing the soil) at a rate one hundred times faster than the horse.

Fendt 1050 dumping at the land fill